“Poor but sexy” is how their mayor described Berlin 10 years ago when he was trying to lure creative types and tourists back to the city, and the phrase stuck. Berlin is indeed sexy and may be one of my favorite cities in Europe! I fell in love with it during my four day visit, and I learned so much of its history. I remember the cold war and I remember when the wall came down, but I really didn’t have a grasp of the history behind the wall or the significance of it coming down for the people of Berlin and Germany. I learned so much when I was there.

As always, I scheduled a walking tour the day of my arrival. I usually use Sandeman’s Free Walking Tours, but the time of day didn’t work for me, so I signed up for Insider Tours walking tour. The tour started at 2 PM, was 4 hours long and even on a very cold day when our guide kept ducking in 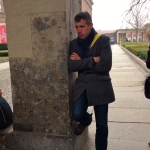 buildings to keep us warm, it was still worth it! Our guide, Jamie, was originally from London, but he’s living in Berlin for about 16 years. He told us that when he moved to Berlin in 1999, the city appeared to be not much more than a building site – three quarters of all the cranes in Germany were working in Berlin! A professional archaeologist and part-time lecturer at Berlin’s Humboldt University, he has been excavating the city’s past for more than a decade. He was an excellent guide!

We started the tour on the west side of Berlin but hopped on a tram to the east side since the east side has all the “best bits” according to Jamie. We saw every main monument in Berlin! From the 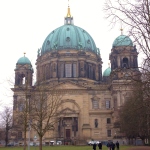 remnants of the wall in front of the former SS and Gestapo HQ, now the Topography of Terror museum, to the infamous Checkpoint Charlie to the glass domed Reichstag to the Berlin Dom to Hitler’s bunker (the place where he died) to the Holocaust Memorial to the Brandenburg Gate. He pointed out where President Reagan spoke the famous words: ‘Mr Gorbachev, tear down this wall!’ and where JFK was confronted with the Iron Curtain. I learned the famous wall that turned West Berlin into a tiny island went up practically overnight! At least the first barbed wire version of the wall went up. The actual fortified concrete went up about a year later and continued to be modified and strengthened for years. 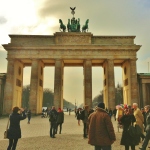 wall didn’t divide the city so much as it walled in West Berlin and created an island of sorts right smack in the middle of East Germany. The borders between East and West Germany were restricted and people could not cross without a permit, but there were no movement restrictions in Berlin. Before August 1961, Berlin was under joint occupation and Berliners could move about fairly easily. In fact, between 1945 and 1961 about 3.5 million Germans left East Germany largely through West Berlin where they could obtain a new West German passport and seek freedom elsewhere in Europe or the US. The exodus or  “brain drain” as it was dubbed, consisted mainly of young, educated professionals so East Germany was losing their best and brightest. The Soviets needed to plug the Berlin escape loophole, so overnight, the barbed wire and controls went up isolating West Berlin and separating families and friends for the next 28 years.

It was a devastating blow to those  who dreamed of German reunification. The US sent in more troops to West Berlin to stave off the communist threat and safe guard West Berliners and foreigners.  Many troops were stationed at the infamous Checkpoint Charlie where the US and the Soviets nearly started WWIII with a tank-to-tank standoff over a US official who was stopped by Soviets as he was driving to the opera in East Berlin. In the Checkpoint Charlie 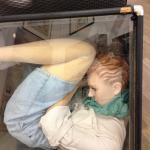 museum I read about the MANY creative and insane escapes and attempts. Most people were smuggled out in hidden spaces of vehicles (one woman hid inside a car’s fuel tank!!) or tunnels, but people were really creative. One couple built a glider and flew out of East Berlin. One man built a make-shift zip line and he and his wife and son zipped through the sky to freedom in West Berlin. Many people died in their attempt or were caught and imprisoned. I found it incredible what people would do and risk to escape.

In 1989, a series of radical political changes occurred in the Eastern Bloc, and after 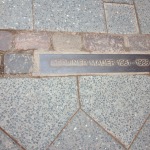 several weeks of civil unrest, the East German government announced on 9 November 1989 that all GDR citizens could visit West Germany and West Berlin. Crowds of East Germans crossed and climbed onto the wall, joined by West Germans on the other side in celebration. Over the next few weeks, euphoric people and souvenir hunters chipped away parts of the wall; the governments later used industrial equipment to remove most of what was left. Contrary to popular belief the wall’s actual demolition did not begin until Summer 1990 and was not completed until 1992. The fall of the Berlin Wall paved the way for German reunification, which was formally concluded on 3 October 1990. Most of the wall was torn down but a few pieces still remain for the tourists to see. The lines between east and west are also marked on the streets throughout the city with a double line of bricks and brass markers so you always know if you’re standing in former east or west Berlin. Clever. 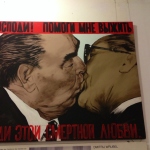 opening of the wall was a huge step in uniting Berlin and Germany, it was the first of many. During their 28 year separation, these two very different cities now had to operate as one. Two entirely separate infrastructures had to be united and most of East Berlin was in ruins due to lack of money. From 1990 to the present day, Berlin is still undergoing change and restoration. While it is no longer the home to three quarters of the cranes in Germany, there is still a lot of construction going on. West Berlin is the more modern part of the city while East Berlin has the 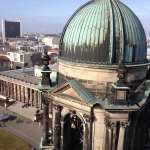 historic richness and contains all the main sights. A lot of restoration had to be done before it was open for business, but it’s paying off for residents and tourists alike. The city is vibrant and filled with tourists who are spending much-needed euros. The unemployment rate is steadily decreasing thanks to new businesses coming in along with thousands of tourists eager to experience “poor but sexy” Berlin.

A few days later, I did the subculture “alternative” Berlin walking tour! This tour takes you 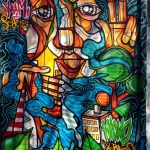 through the underworld of graffiti and street art and squatters! Our guide educated us on the street art, the artists and their techniques. We went to the east gallery, a long stretch of the wall that is covered in street art, funky coffee houses and shops.  She told us the story of squatters in Berlin and showed us several squats on the east side. We went to YAAM, Young African Art Market, that is a hip place on the river with food, coffee houses, art work and squatters smoking week. It’s technically a free tour; the guides work for tips. It was an awesome experience and the day was perfect for touring. 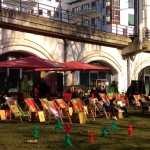 The sun had finally come out and it was warming up! My last day was sunny and a balmy 37 degrees! There were actually people sitting outside along the river sunning! Too cold for me, thanks! Instead, I went to the Pergamon Museum that houses the famous Pergamon Alter, which, unfortunately was closed due to reconstruction. I was able to see the magnificent bright blue Ishtar Gate of Babylon from 6th century BC. The gate is decorated with dragons, lions and bulls, symbolizing the major gods of Babylon; a transparent back wall lets 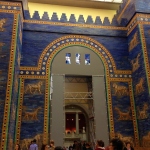 visitors see how the massive gate was reconstructed from fragments. Also notable in this collection is the façade of the throne hall of King Nebuchadnezzar, a reconstructed Neo-Assyrian palace from the 12th century BC, and artifacts from the earliest history of the written word. Amazing!!

I really enjoyed Berlin. The people were warm and friendly, the city is vibrant with a rich history, and the food, well, it’s still German food. Bleh. As always, I managed to find a vegan place to eat. There were many in fact; but it won’t hurt me to skip a meal. I’ve gained way too much weight traveling. Seriously. I’ve got to quit eating bread and olive oil!!!! But it’s soooooo good!!!

Have a beautiful day sweet friends!! I’m off to Prague next so stay tuned… 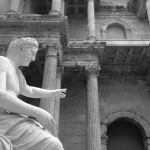 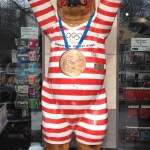 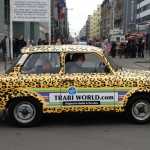 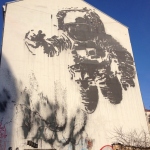 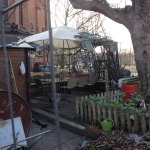 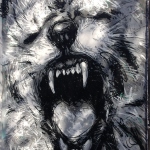 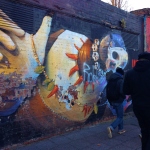 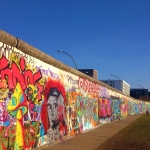 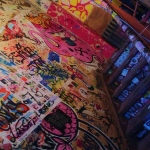 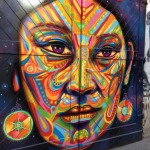 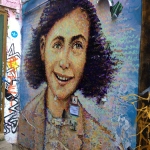 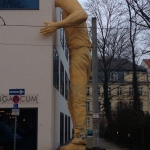 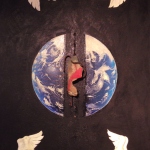 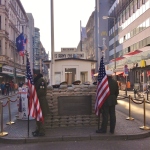 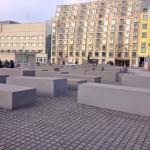 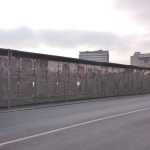 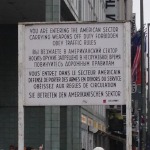